But the biggest surprise was the attendance of world class champions Bruno Cerella, Peppe Poeta, Awudu Abass, Alberto Chiumenti, and Denver Nuggets teammates Wilson Jamall Chandler and Gary Harris at the inauguration of the court! Federico Gallinari, Danilo's brother and Giacomo "Jack" Devecchi, completed this “modest” band of champions. Divided in two teams, the players offered an unforgettable show for the stunned spectators. Gallinari said that he was very impressed with the sports centre and that there are very few “courts as beautiful as this” in the world.

The 600 square meter court is finished with Casali Blue 302 and Casali Orange 151. 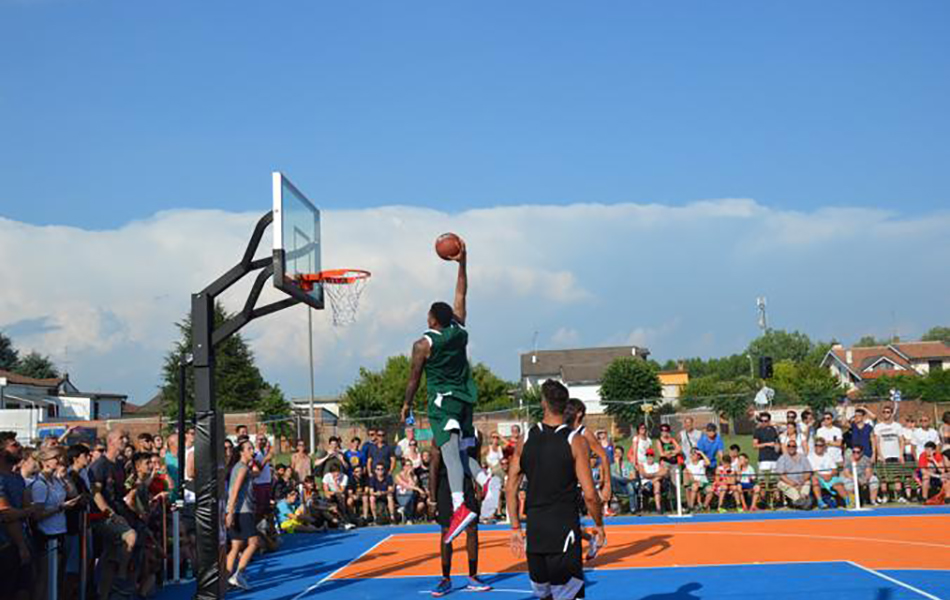 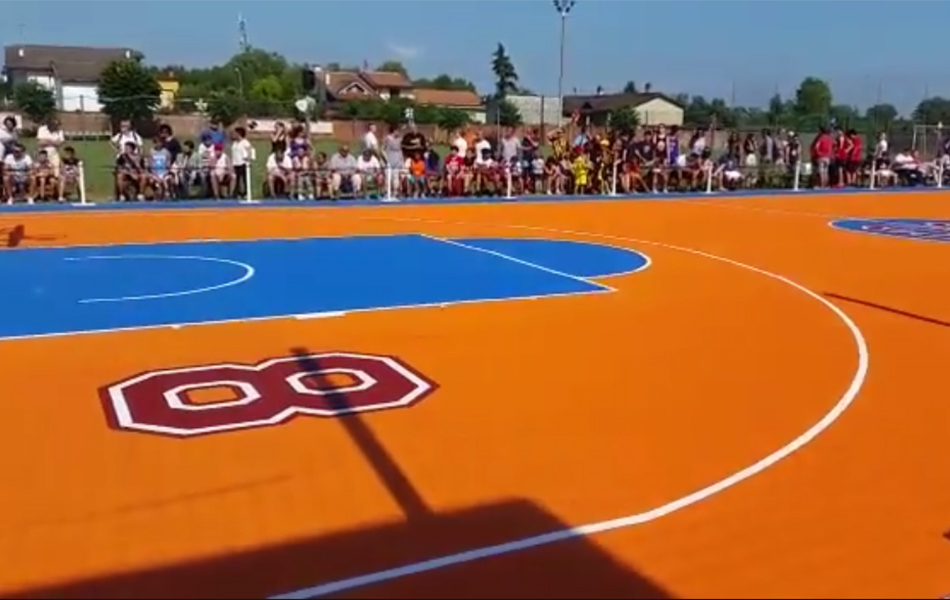