Falconara Marittima (AN) selected Casali Sport to resurface the courts of its indoor stadium!

Falconara’s athletes are now training on high-performance, perfectly elastic seamless courts, that reduce stress on the athlete’s joints when as they play and train. The Pavisint SL 75 PM system, certified under fire resistance Euroclass Bfl - S1, features an ecological mat in SBR rubber produced from recycled tyres (7000 kg were used for the Liuti Indoor Stadium) which is cast in situ, then levelled with a special finishing machine.

This system was chosen because the Indoor Stadium has floor heating; surfaces which by nature are insulating such as parquet (wood is a bad conductor) stop the transmission of heat thus reducing the heating of the environment, which is however assured by the system Pavisint SL 75 PM. The in situ installation of the rubber mat also made it possible to recover the entire thickness of the existing flooring, which was completely removed without having to adjust the levels of the finished surface.

The project confirmed the outstanding versatility of the system Pavisint SL 75 PM, as an excellent technical and “ecological” solution for even the most complex design and worksite requirements. 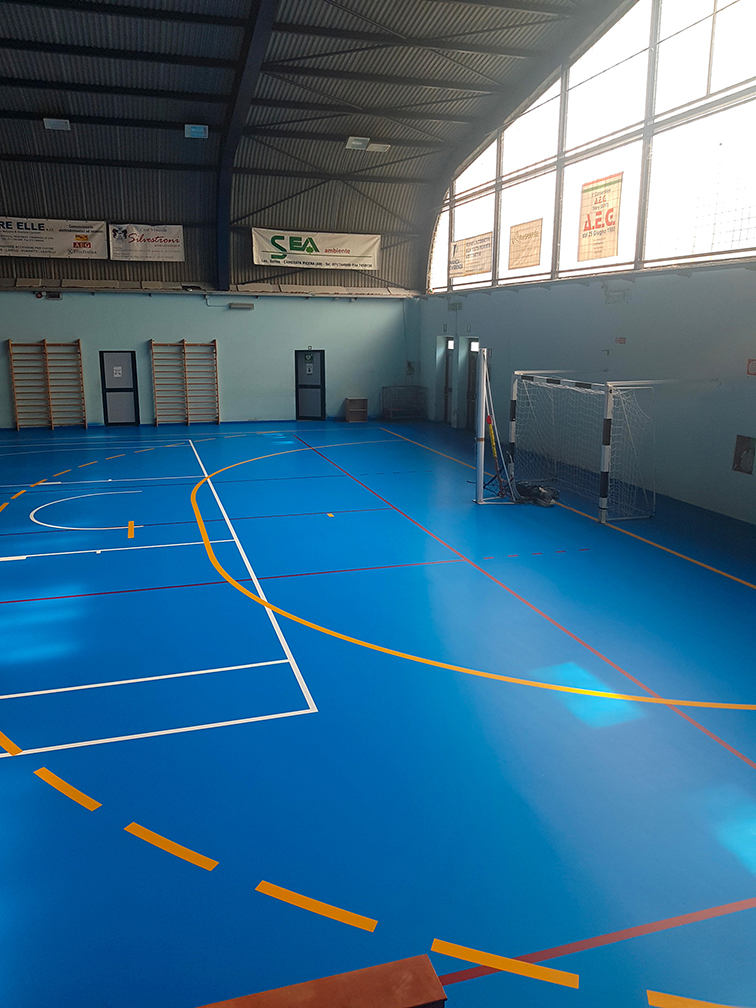 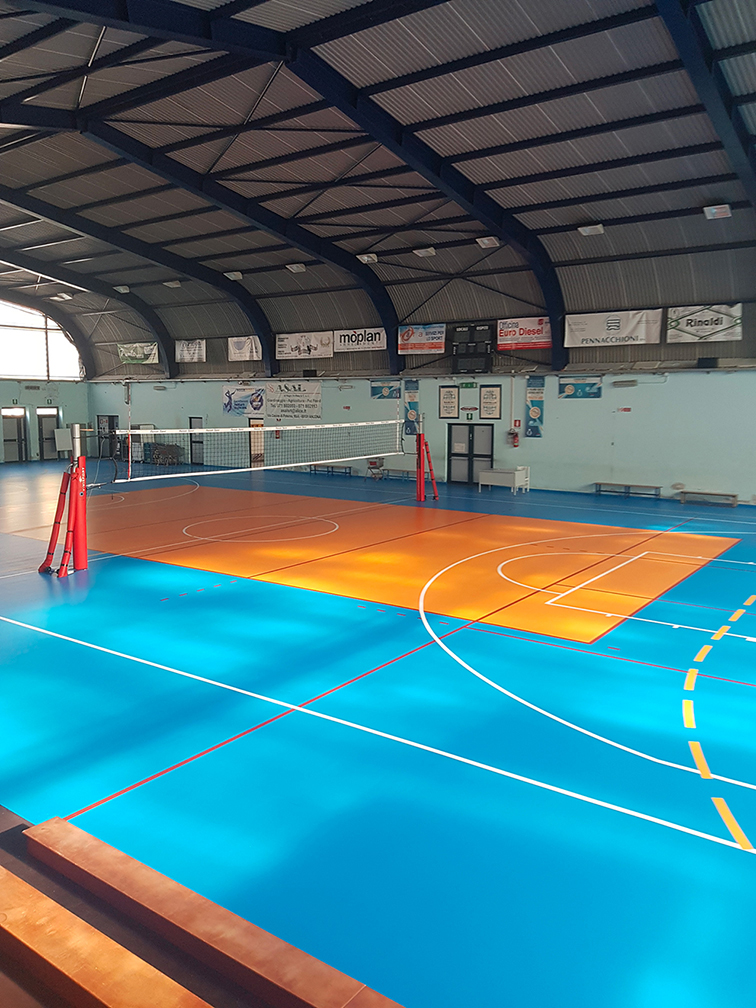