In January this year Victor Zubcu, Minister of Youth and Sports and the Chairman of the Moldovan Tennis Federation, Marina Tauber inaugurated two tennis courts at the Specialised Tennis Sports School in Chisinau (Moldova), laid with Casali's Supersoft sports flooring system and finished with Supersoft Color. The courts were tested by players of the Moldovan national tennis team, who all said that the courts were outstanding - above all Daniela Ciobanu who said that she had been very pleasantly surprised - the two 1,400 sq.m. acrylic resin courts were laid by TEA - Land and Environment. The internal sections are finished in Casali Blue 303 and the external sections in Casali Green 201.

In February this year the centre hosted its first ITF Juniors Tournament, the "2017 Moldova Open". 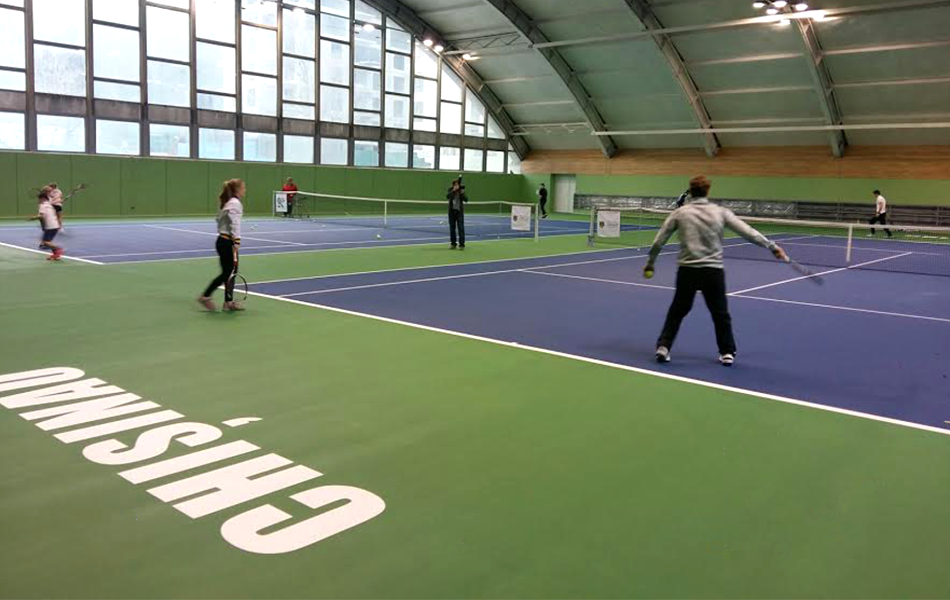